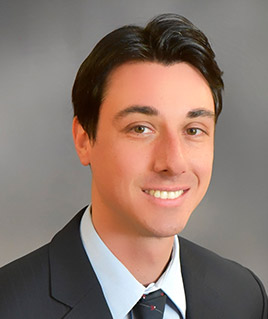 Michael has worked with victims suffering from epithelial and sarcomatoid mesothelioma of the pleura and peritoneum. He is trained to find the companies responsible by examining victims' exposures through various trades, ranging from industrial and naval to automotive and home remodeling. His fight against this staggering injury and injustice has provided experience from initial investigations to the courtroom.

Michael graduated from Southern Illinois University at Edwardsville in 2007 earning a Bachelor of Arts degree in History. While in college, he interned for the United States Senate and volunteered for Senatorial and Presidential elections. He obtained his Juris Doctor degree from Thomas M. Cooley Law School in 2011. While at Cooley, Michael maintained an academic scholarship and was awarded the Atticus Finch Award for excellence in professionalism and ethics. Michael is licensed to practice in New Jersey, Pennsylvania and Illinois.