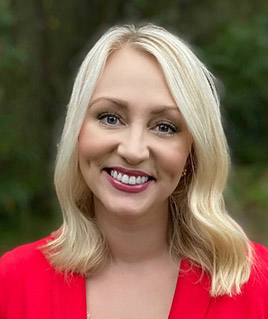 Whitney is an associate in the firm’s Tampa Bay office, where she exclusively represents victims of mesothelioma along with their families. She takes great pride in standing up to those responsible for exposing innocent people to asbestos.

Whitney began her legal career working for one of the nation’s leading trial and jury consulting firms. This experience gave her the rare opportunity to see hundreds of mock juries deliberate and evaluate various types of evidence. She assisted attorneys throughout the country in the jury selection process. Whitney later used this knowledge to select her own juries when she became an Assistant State Attorney for the 13th Judicial Circuit in Hillsborough County, Florida. During her career as a prosecutor, Whitney represented thousands of crime victims and tried over 40 cases to verdict. Subsequently, Whitney worked at a law firm representing one of the largest insurance companies in the U.S.